A wide range of phase-shielded bus ducts and bus ducts for voltage supply systems from 0.4 kV to 35 kV for rated currents up to 33000A. 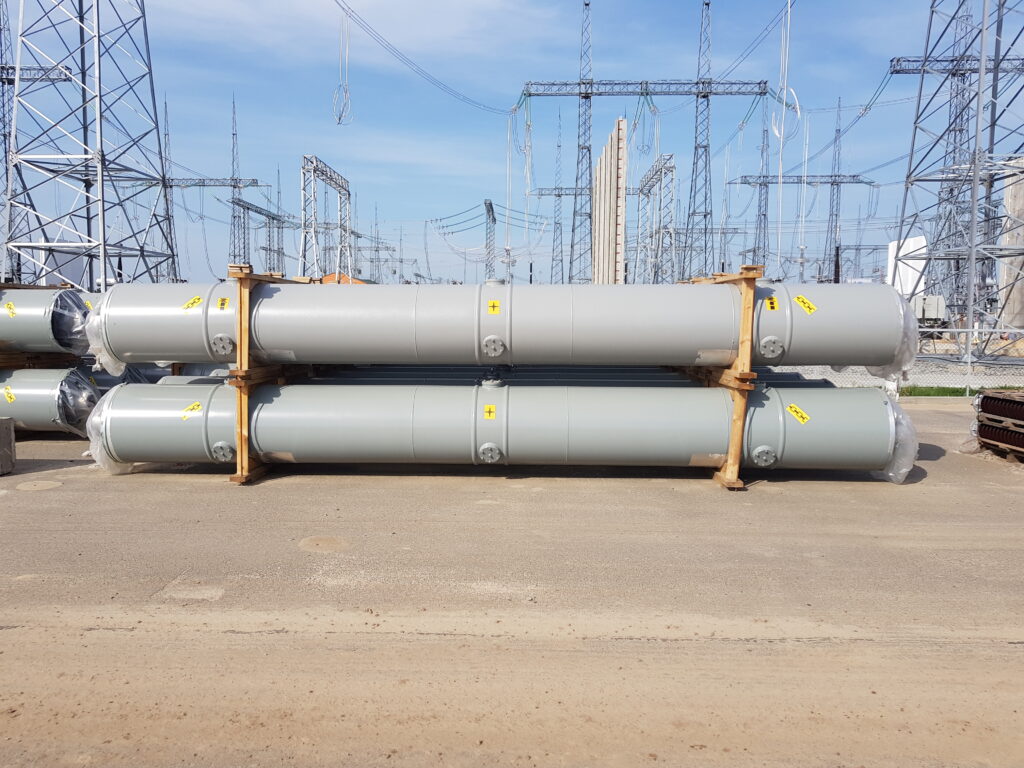 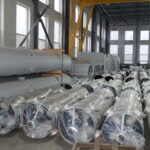 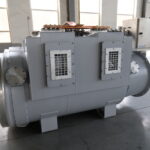 Presentation of TP and ShP

LLC “ALIT” is the only Ukrainian manufacturer
phase-shielded busbars and busbars for systems
power supply. We have mastered the production of various series of products,
each of which is designed to solve different problems:
• Phase-by-phase screened current conductor of IPB-AL series;
• Phase-separated busduct of the SPB-AL series;
• NSPB-AL series single-phase busbar trunking.

Phase-screened conductor IPB-AL series can be manufactured
for voltages 6, 10, 11, 20, 24, 35 kV and for rated currents from 1600 to 33000 A
with a compensated external electromagnetic field. It is intended
for electrical connections in power plants, in 3-phase circuits
alternating current with a frequency of 50 Hz and 60 Hz turbine generators with a capacity
up to 1500 MW with power step-up transformers, transformers
own needs, converting transformers
and thyristor excitation transformers for generators.

Closed phase-separated bus duct SPB-AL and bus duct
non-phase-separated NSPB-AL with voltage of 6 and 10 kV for rated currents
up to 4000 A are used in power plants for electrical connection
transformers with switchgear cabinets,
as well as turbo generators with step-up transformers installed
in 3-phase alternating current circuits with a frequency of 50 Hz and 60 Hz.

Busbar trunking NSPB-AL, with a common shell for three phases up to 1 kV,
for rated currents 1600 and 2000 A intended for electrical connection
auxiliary transformers with a capacity of up to 1000 kVA with PSN panels
or cabinets КТПСН-0,5 of power plants.

NSPB-AL bus duct with voltage up to 1.2 kV and rated currents of 2000, 2500, 4000 and 6300 A is designed for
for electrical connection of exciters with panels, collectors and shields of working and standby excitation
generators with a capacity of up to 1200 MW.

The conductor can also be used for other energy facilities, industry, transport, agriculture.
farms, etc.

The design of conductors produced by ALIT LLC has a load of advantages that ensure high reliability.
their work, which is achieved through the use of modern production and design technologies. To the main
The advantages of ALIT conductors include:
• Reduction of phase-to-phase short circuits: the IPB-AL series busduct is manufactured closed, which excludes
the possibility of phase-to-phase short circuits from foreign objects entering the busbars and personnel access
to the live parts of the conductor;
• Resistance to significant electrodynamic loads;
• Dustproofness;
• The external magnetic field of the conductor is compensated. This is achieved by connecting the casing-screens
jumpers and grounding of the corresponding sections of the route in one place;
• Detachable electrical contact connections of cylindrical aluminum busbars with copper flat leads
electrical equipment is carried out using highly reliable transition contacts;
• A linear expansion compensator is installed on busbars and busduct shields to compensate for linear
changes caused by temperature extremes;
• Support insulators are resistant to dew and frost. If it is necessary, the attachment points provide the ability
easy replacement of insulators without disassembling screens;
• Capacitive discharges (sparking) are excluded in the cavity of the busduct screens. To do this, between the tires and the upper
insulators, and with vertical laying – on all insulators, the installation of special rod
spring contacts;
• The design of the conductor provides for measures to ensure the removal of hydrogen screens from the cavity
at its possible sources through leaks in the attachment points of the generator outputs;
• Fastening of casing-screens to cross beams – detachable insulated, which excludes the circulation of eddy currents;
• Resistance measurement in the support nodes of the conductor (between screens and cross beams) is provided
without disassembling the attachment points;
• The design of the junction points of the busduct screens with the generator and transformers excludes the possibility of
overheating of casing-screens from eddy currents through the covers of transformers and generator plates;
• Shielding of conductors significantly reduces the heating of nearby metal
and reinforced concrete building structures.

The busduct and busbar can be equipped with the appropriate electrical equipment and hardware:
voltage transformers, current transformers, surge arresters, bushings, etc.
The need for equipment is determined by a specific order.